In an UHF RFID system, readers send an interrogation signal to a nearby tag, which responds in turn via backscatter. The reader analyzes the response and reports the tag’s data along with the signal’s RSSI. RSSI, or Received Signal Strength Indicator, is a measurement of the power received from the returned signal from an RFID tag when interrogated by a reader. RSSI is an important, but often misunderstood, property of an RFID system. This article hopes to dispel any confusion about how this property can be used to improve an RFID application.

When a reader reports a tag’s RSSI value, it is effectively reporting the power level of the tag’s backscattered response signal as it relates to the power level of the reader’s initial transmission signal. This power level is typically reported in decibels per milliwatt, or dBm. Decibels are units of measurement that relate two physical properties on a logarithmic scale. In the case of RFID, the property being measured is the change in power, measured with reference to a single milliwatt. To provide an idea of how much this power level varies, a typical fixed RFID reader (operating under FCC regulations) is able to emit a one Watt or 30 dBm signal, while a typical tag’s RSSI value can range from -30 to -85 dBm. This effectively means that only a fraction (about a millionth) of the original power output is being returned to the reader.

How is RSSI Used?

In UHF RFID applications, RSSI values are used to provide a general idea of how well a particular tag is responding in a read zone. When testing different tags, RSSI can be a good indication of how well each tag will respond in a similar environment. However, RSSI values do not provide an accurate measurement of the distance of the tag from the antenna in a passive RFID system. This is due to the many environmental factors that can affect a tag’s read range in a passive system; because of this, RSSI alone is not a reliable measurement to use when calculating tag distance. Instead, other tag data values such as the tag’s read rate (i.e. the number of times a tag is read per second) and response time (i.e. the amount of time it takes the tag to respond for the first time) should be used in addition to RSSI when performing such calculations.

In active RFID applications, RSSI is a very important factor for determining the location of a tagged asset. Because an active tag broadcasts its signal instead of relying on signal backscatter, each tag’s RSSI value is proportional to the distance between the RFID antenna and tag. However, the RSSI value in active RFID applications can still be affected by factors such as multipath and signal collision, so any calculations of distance will need to take these things into consideration.1

If you’d like to read more about RFID tags, check out the links below! 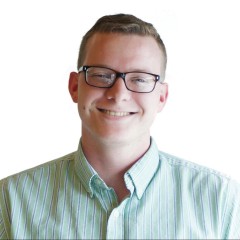 Russell holds an Electrical Engineering degree and leads the Support Team for atlasRFIDstore. When he's not supporting customer projects, he spends time testing and evaluating the latest RFID hardware the market has to offer. He lives in the Birmingham area with his wife, Bethany.