When was the last time an airline lost your luggage? You were left fuming at the airport, perhaps even in Vienna or Tokyo, struggling to explain yourself in a foreign language. Suffering from jet lag, the experience was so frustrating that you vowed never to check your luggage again.

Or what about those times you’ve rented a car, only to get lost trying to find your meeting, and then you get a flat tire? It happens.

Wouldn’t it have been nice to have 24/7 connectivity that not only provides GPS service, but towing and maintenance all with a single tap of an RFID-embedded “badge” or card?

This is what’s driving airports and car rental companies worldwide as they use RFID to help ensure fewer hassles on the road and in the air – or at least, in the airport.

It’s in the Bag

While it would be impossible to assess how pervasive RFID truly is in the transportation sector, one thing is certain: the technology is making a mark on how we travel both in the US and internationally.

One area where RFID is making inroads is airplane baggage handling. In the US, only one airport employs RFID to track and trace your luggage, McCarran Airport in Las Vegas; but, RFID is used throughout Hong Kong International Airport as well as at Perth Airport, for example.

In 2005, McCarran introduced the technology on one of their baggage terminals, and it was an immediate hit. Since then, use at the airport has blossomed and is now employed on every working terminal there. It is used to track a bag from the moment the ticketing agent takes it till it’s on the tug (or cart) heading to the plane.

Samuel Ingalls, assistant dir. of aviation systems for the airport and Clark County says the rate of misreads on luggage has dropped considerably since RFID technology was introduced.

“Our tracking [read] accuracy through the system is typically 99 to 99-1/2 percent [with] RFID, and that compares to, on a really good day, [to] a 92 percent, maybe 93 percent [read accuracy rate, which is the] very best that an optical system would get,” says Ingalls, explaining that optical systems use laser arrays to read printed barcodes.

This more or less coincides to the percentage of bags actually returned to passengers who check their bags because, theoretically at least, if a bag is read correctly once it’s arrived at the airport, it also makes it onto the carousel. This isn’t always the case, of course, since reading a bag is only one part – albeit the primary part – of handling and transporting luggage.

Optical systems, on the other hand, suffer from what can be “dusty environments”, Ingalls says, adding that the readers need to be cleaned frequently to maintain accuracy. The longer it’s been since a cleaning, the more likely that the read will be off, he says.

With the RFID system, though, Ingalls says the RFID antenna “doesn’t really care” if there is dust because it’s transmitting an electric signal.

It’s in the tap

Firstly, and significantly, with parking.

RFID is used with car rentals, such as at Auto Lib in Paris, and with parking, he says. With the latter, “you can use RFID and NFC for making payments.”

“Basically, with RFID and NFC you can have some sort of embedded prepaid card,” he explains. “For example, in Paris, people used to pay with [cash], but there [were] a lot of thieves breaking the meters to steal. So [the City of] Paris decided to remove the coins, and [now] you can only pay with the chip-based cards.”

These pre-paid cards are sold at “tabacs” and other shops in Paris.

Very simply, “You can put an RFID tag on the meter, put your mobile phone close to it, and pay your parking with NFC,” says Loyson.

This is the same idea as using one’s phone at the airport to “tap” your way onto the plane, but the read is more sophisticated because it’s RFID-generated.

RFID was also used by their client Auchan, a supermarket chain for whom “we used RFID [aboard the trucks, but on the crates] to track all the small containers used to transport vegetables.” Apparently, workers were stealing the plastic crates, which were valuable. RFID put a stop to all of that.

It’s in the ROI

After 9/11, Ingalls says, the government’s requirement to screen all bags prompted them to adopt an RFID system. And for McCarran, at least, total cost of ownership has shown that the hardware is “cheap to install and maintain”, according to Ingalls. “It just made good sense.”

Today, RFID is airportwide in Las Vegas, starting with the RFID chip included in the tag affixed by the ticketing agent to the time you get to the TSA station. But by the time your bag’s onboard the plane, that’s a different story—it’s now the airline’s responsibility.

“Once it’s screened, it’s given back to the airline, and they put it onto those tugs for travel to your destination,” says a spokesperson. “We don’t have any carriers that currently are using [RFID],” she says, but talks with airlines are under way. 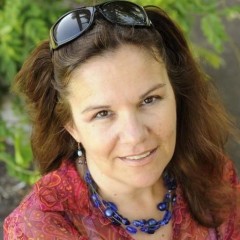