Alien Technology and CDO Technologies cooperated on a novel municipal program designed to increase community recycling levels through the use of RFID technology.

The RFID Recycling program is being deployed by the city of Dayton, Ohio, to lower recycling costs and increase participation in existing recycling efforts. With a population of more than 200,000, Dayton has become challenged by the increasing expenditure associated with sending trash to landfills at a cost of more than $30 per ton from the city’s 67,000 homes.

To help drive efficiencies and greater participation in their recycling efforts, Dayton deployed a solution that is based on Alien’s Enterprise Class RFID Readers and CDO’s HVAT platform. RFID tags are attached to the recycling bins, and Alien’s ALR-9900+ Readers are installed on the recycle/garbage trucks. Residents who make use of their 32- or 96-gallon recycling containers are entered in a lottery the following month for one of four $100 prizes. Dayton recently awarded the first $100 rewards to four residents.

The city of Dayton integrates with the Alien hardware and parses the data to extract meaningful information and provide actionable results. Through this interpretation process, the city can strategically plan its routes, schedules, budgets, and usage rates. The custom report generation allows city officials complete visibility and control.

According to city officials the results from this RFID-based program have been surprisingly quick, with a 40 percent increase in recycling participation and an increase in recycled material from 200 to 535 tons in just the first few months of operation. The program has also allowed the city to restructure routes, renegotiate recycling rates, and balance staffing-all leading to a return of investment that is projected in less than 12 months and savings of more than $100,000 per year.

“This solution would not have been possible without a physically robust RFID reader that had excellent RFID tag read capabilities and was easy to configure and maintain,” said Richard Sleigh, CDO Technologies program manager. “We were also concerned about the challenging RF environment and metal surfaces of the city trucks, but after testing an array of possible solutions, we selected Alien’s ALR-9900+ Enterprise Class Reader as the most robust, reliable and easy to use solution.” 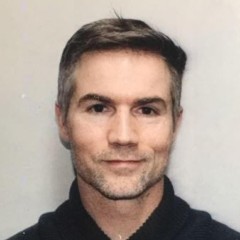 Shain is the director of atlasRFIDstore.com and a chief contributor to the blog. He has been an active member of the RFID industry for several years and holds considerable experience with RFID hardware and its wide range of applications.